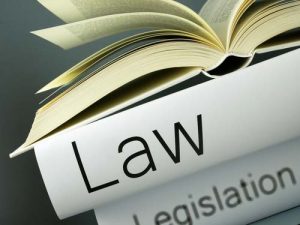 The FDI Law provides a definition of foreign investors and foreign direct investments. In addition, it explains important principles of FDI, such as freedom to invest, national treatment, expropriation and nationalization, freedom of transfer, national and international arbitration and alternative dispute settlement methods, valuation of non-cash capital, employment of foreign personnel, and liaison offices.

The Regulation on the Implementation of the FDI Law consists of specifying the procedures and principles set forth in the FDI Law. The aim of the FDI Law with regard to the work permits for foreigners is:

2. a. Bilateral Agreements for the Promotion and Protection of Investments

Bilateral Agreements for the Promotion and Protection of Investments were signed from 1962 onwards with countries that show the potential to improve bilateral investment relations. The basic aim of bilateral investment agreements is to establish a favorable environment for economic cooperation between the contracting parties by defining standards of treatment for investors and their investments within the boundaries of the countries concerned. The aim of these agreements is to increase the flow of capital between the contracting parties, while ensuring a stable investment environment. In addition, by having provisions on international arbitration, they aim to prescribe ways to successfully settle disputes that might occur among investors and the host state. Turkey has signed Bilateral Investment Treaties with 105 countries. However, Turkey is a dualist country, where an international treaty has to be ratified and promulgated in order to become part of the national legal system. Within this regard, 80 Bilateral Investment Treaties out of these 105 have gone into effect so far.

Source: Ministry of Industry and Technology

Turkey has signed Double Taxation Prevention Treaties with 80 countries. This enables tax paid in one of two countries to be offset against tax payable in the other, thus preventing double taxation.

Turkey is continuing to expand the area covered by the Double Taxation Prevention Treaty by adding more countries on an ongoing basis.

Turkey has signed Social Security Agreements with 28 countries. These agreements make it easier for expatriates to move between countries. The number of these countries will increase in line with the increased sources of FDI.

Turkey has FTAs with 42 countries, creating a free trade area in which the countries agree to eliminate tariffs, quotas and preferences on most goods and services traded between them. This framework explains why many global companies are now using Turkey as a second supply source and manufacturing base, not only for the EU and rapidly growing Turkish markets, but also for the Middle East, Black Sea and North African markets, with the added advantage of a relatively low-cost but well-educated labor force, coupled with cost-effective transportation.

A Reason to Invest In Turkey: Economy