One of Top Destinations of Tourism: Turkey 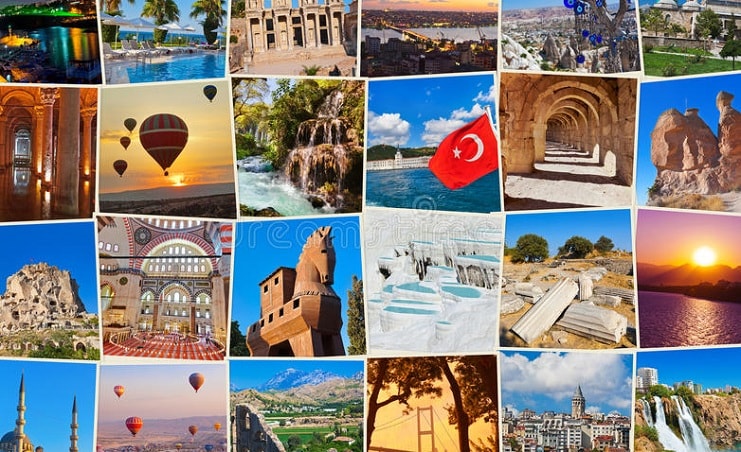 As the 10th most popular tourist destination in the world and attracting more than 38.6 million tourists in 2017, Turkey continues to present vast investment opportunities in both the established and newly-developing subsectors of the tourism industry.

With its favorable location, existing potential, mega projects, and ambitious targets set for 2023, the tourism sector continues to grow at a rate that outstrips its bed capacity. Even though there has been a surge of investments in the last several years, there is still ample room for new ventures. Eastern and Southeastern Anatolia both have untapped potential for culture tourism as well as the increasingly popular boutique hotel concept, which blends well with the characteristic nature, history, and culture of the regions.

Here are some essential facts and figures about the Turkish tourism sector:

In 2016, Turkey was the 10th most popular tourist destination in the world according to UNWTO.
According to the Ministry of Culture and Tourism, the number of foreign travelers arriving in Turkey in 2017 was 38.6 million, while total turnover of the tourism industry that same year was USD 26 billion.
Growth in the Turkish tourism industry has been above the global average in recent years, and the direct contribution of the industry to the current account deficit in 2017 was 36 percent.
By the end of 2017, there were 12,856 registered accommodation facilities. 9,186 of these facilities were licensed by their respective municipalities, while the remaining 3,670 held tourism operation licenses. The combined total bed capacity of these facilities exceeds 1,482,492.
There are currently 281 projects in the pipeline that would add 74,130 much-needed beds to Turkey’s short supply.
With regard to religious tourism, Turkey is among the few countries in the world that is home to sites from a number of major religions. Of a total of 316 relics, 167 of them belong to Islam, 129 to Christianity, and 20 to Judaism.
Antalya is the most preferred city in Turkey based on the number of incoming foreign visitors. Visited by 25 percent of the foreign tourists in 2017, Antalya has over 500 4-star and 5-star hotels in its center and surrounding towns such as Kemer, Belek, and Kaş.
The number of hotel chains and groups in Turkey has doubled since 2001, hitting 165 today. The number of hotels in these 165 chains Turkey totals 824. In addition, 82 percent of chain and group hotels are domestically owned, 15 percent of these are foreign owned, while 3 percent of these have domestic and foreign partners.
Turkey has 7,200 km of coastline and ranks 2nd among 38 countries with its 454 blue-flag beaches; only Spain has more blue-flag beaches than Turkey with 579. There are also 22 blue-flag marinas in Turkey.
In terms of geothermal tourism potential, Turkey is among the top seven countries in the world and ranks 1st in Europe with its 1,500 thermal springs. Bed capacity in the various thermal spa resorts has reached a combined 55,140.
The Belek region stands out as the most significant golf destination in Turkey, ranking among the world’s most popular tourism centers with 15 golf courses, a 50,000-bed capacity, and 2 million tourist arrivals. Moreover, Belek was named the Best Golf Destination in Europe by the International Association of Golf Tour Operators (IAGTO) in 2008.
Based on 2017 tourism figures, Forbes Travel has ranked the world’s top 10 most-visited cities, with Istanbul coming in at 6th place.
The tourism sector has set annual targets of 50 million tourist arrivals and revenues of USD 50 billion by 2023.
The Turkish government offers incentives such as reduced utility prices and reduced tax rates, while pursuing policies aimed at eliminating any bureaucratic barriers that may hinder growth in the tourism sector.

Major Reforms of Turkey since 2001